The latest figures released by CAFCASS show that they received an increased number of private law and care cases in January 2016 compared to January 2015.

1,040 care cases were received in January, a 16% increase on the same month the previous year.

Full details of the statistics are available on the CAFCASS website 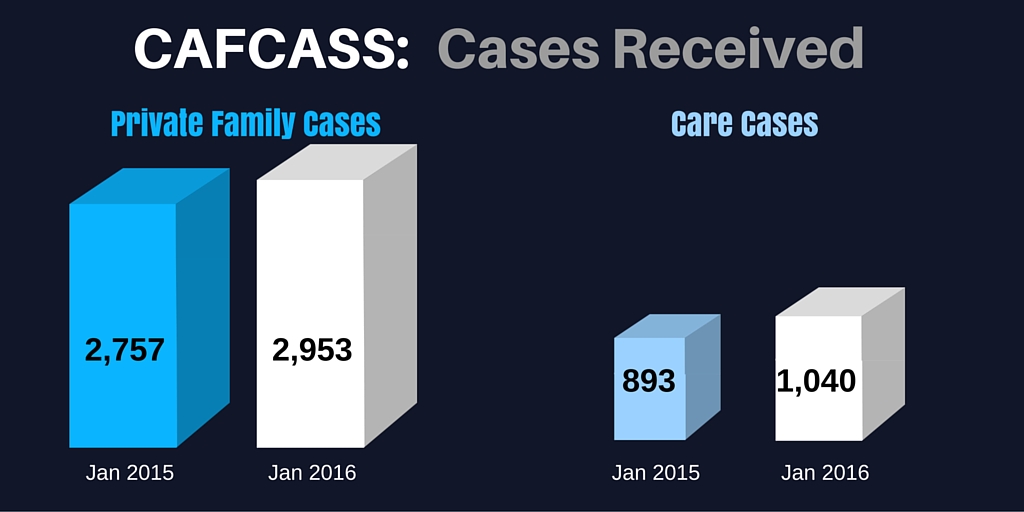 Make an Enquiry Request a Call Back Sign UpNews

We have used John Hayes services for many years and find that they provide an efficient and effective service. Their draftsmen are very approachable and always willing to help to resolve difficult costings issues. We particularly value the excellent service and knowledge in relation to family law high cost cases.